My First “Q”: The Worst Dish in Competition History and All the Glory that Goes With It 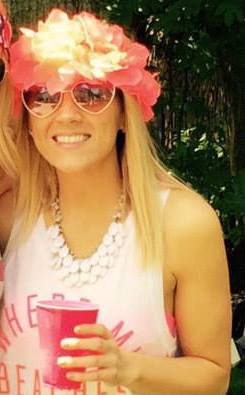 It was just after 3:30 PM on a Thursday and I was begging people to let me take photos of them for our Get to Know a Groupie blog series. All of a sudden I was stopped and informed that I was needed in Joe’s office right away. My heart dropped and my brain filled with panic, wondering what I could have possibly done wrong as I scurried down the hall.

When I entered, I was greeted by four smiling co-workers. “Why are they smiling?!” I thought as I stood in the doorway. And then Joe announced that the five of us (myself, Christina, Kerry, Rebecca, and Kelsey) had been selected as the 2015 Q Captains. Whew, not in trouble. Relief. But wait, I’m a Q Captain. Shit. So much pressure.

Weeks before the 13th Annual (originally mislabeled the 15th thanks to a screw up on Joe’s end) “Q”, the agency hallways were filled with buzz about this year’s event. Though everyone seemed excited, I was slightly nervous as it was my first one. Not much detail had been provided about the Q and still considered an office newbie, I wasn’t sure what to expect. As it turns out, the element of surprise is part of the fun! I snuck down to a colleague’s office and asked what felt like a million questions, certain that I was going to be competing in a physical challenge I wasn’t prepared for.

Through my extensive research, I discovered that the Q was a cooking competition. The agency is divided into teams tasked with whipping up culinary creations with less than 24 hours notice after finding out ingredients, required categories and teammates, who are selected dodgeball style by five captains. Oh and lots of cold, hard cash is on the line.

Ah yes, the captains. Let’s fast-forward back to this ambush captains meeting. I sat as we determined the order of the selection process. Damn. Dead last. This was not starting out well. As the four other captains (also Q first timers) quickly made their choices, I strategized my first pick. 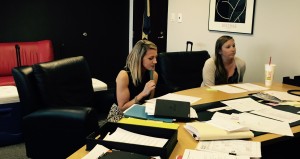 As an agency loaded with females, I knew a guy would be a hot commodity. I also knew I wanted someone from the creative department. When it was my turn to pick, I scooped up Dave. Sarah G. and Jordan rounded out our team of four.

Next, we learned that the four categories we’d be judged on and this year’s ingredients:

Each category would be worth $250 (to be split between the winning team) and the overall winners of the Q would receive $1000 (with $250 going to a charity of the team’s choice). In total, $2000 was up for grabs. To aid us in our quest for glory (and Benjamins), each of us was equipped with $75 to be spent however we saw fit, an assortment of vegetables, a cooler, a cutting board, a fancy knife and a charcoal grill that would need to be assembled on site. Thank goodness I picked Dave. 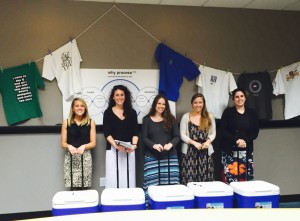 Following our captains meeting, we had a chance to brainstorm and divide up responsibilities. That night we all worked diligently to prepare our respective dishes. Then the morning came, after a few short hours in the office, we made our way to Joe’s house, ready to take on the Q. I was first on my team to arrive and sadly discovered that there was another team that had gone with a beach theme. “The Summer Beatches.” Shoot! And their decorations were better than ours and they had a name! We hadn’t even decided on a name! I quickly toured the other team sites and came across the “Fu King Grill Masters”, “MURICA” and “The Redneck Prom Queens”. 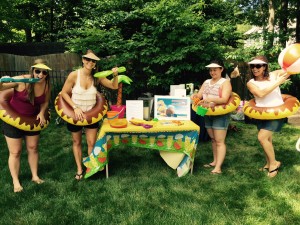 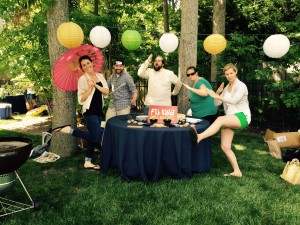 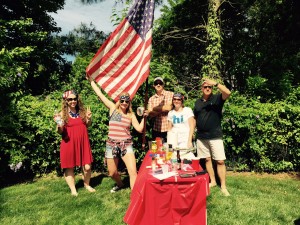 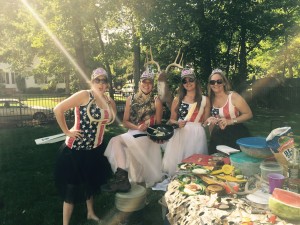 One by one the rest of my team arrived and we set up camp, finally deciding on “Dave and the Bahama Mamas” as our moniker. While preparing our food, we sipped on margaritas, snacked on lunch provided by Joe, and enjoyed the tunes of a local band. Teams presented their dishes to the collection of judges (Williard Ashburn of Ashburn Sauce Company, Lorraine Eaton and Judy Cowling of The Virginian Pilot, and Chef Kyle Fowlkes of Cyprus Grille Restaurant),  and waited in anticipation for the results. After serving our flight of bloodies, Sarah G. looked on as the judges appeared disgusted with each sip they took. What a bummer. My “genius idea” was a total bust. So much so that Joe later revealed that our team had served the worst dish in Q history. 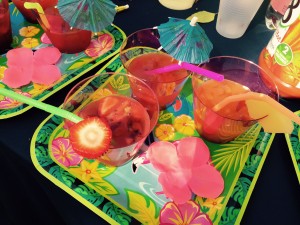 I was depressed going into the results, knowing that our Bloody Mary had been an epic fail. Our team was certain that the other teams had outperformed us in the other categories as well. As I pouted, Kate, my supervisor and member of the Fu King Grill Masters, taunted me (all in good fun, of course) as she prepared for an overall victory in her favor. After what seemed like forever, it was time to reveal the results. Joe thanked our judges, congratulated (and paid) Tim for his winning t-shirt design, and then announced the winners. First to be revealed was the winning tuna appetizer prepared by… “The Bahama Mamas”. YES! We won a category! I jumped up in excitement and snagged our team’s prize. All my sadness evaporated away as the remainder of the winners were announced: 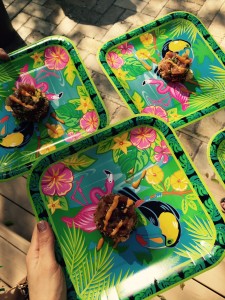 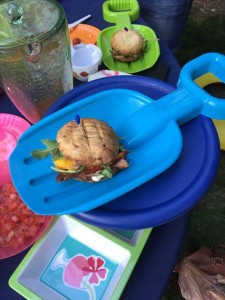 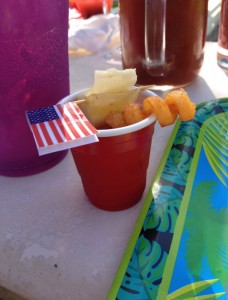 “What an emotional roller coaster!” I thought as I looked around at all of the Groupies celebrating their wins. Then I realized Kate and the Fu King Grill Masters who had been talking smack all day didn’t win a single category. Karma at its finest. Even better was when Joe shared the overall results on Monday morning. That’s right, we had by far the lowest score of the day AND the disastrous Bloody Marys, but we still took home a little bit of green. 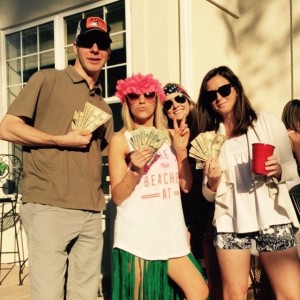 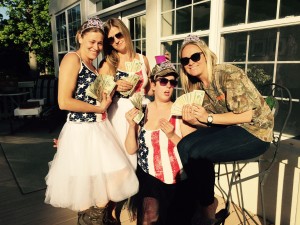 What happens at the Q stays at the Q, unless you crafted the worst dish ever served to a Q judge. That’ll stay with you.

“Why don’t we mix all the leftover Bloody Mary’s and see how they taste.”  – Joe. “Please do not include the Bahamian ones!” – Judges.