Social Media vs. Traditional Media: Is This A Fair Duel?

This generation is the generation of technology. Everywhere you turn, there’s a phone, tablet, or laptop and you are rarely see anyone with a newspaper or even a book in hand. The television, radio, and prints are clawing to remain relevant. With the rise of apps and quick to get information through social media, are print publications and television news becoming a dying breed? 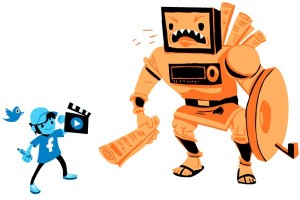 Without waiting for the newspaper or a broadcaster each morning, you can figure out whatever you need to know instantly with just a click. Twitter, Facebook, Pinterest, and even Tumblr are becoming vital places to get information.  Radio stations are battling podcasts and music apps such as Spotify, Apple Music, and Pandora.  Local news sites try to compete by keeping their websites up to date but is that enough? 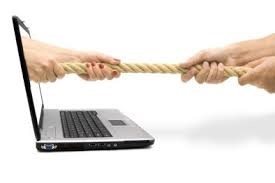 Social media has opened the doors to a new era for one of the most important reasons: the general public has a voice. Social media is a platform for anyone to state their opinion or even have a debate about a topic. The fastest way to create a two-way relationship with the consumer and their product is social media. It’s all about networking and the fastest and the most efficient way is triumphant, but where does that leave traditional media? 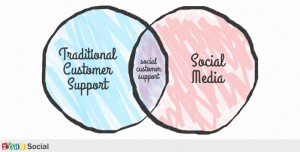 Traditional media must be teamed with social media in order for them to stay top of mind. The ultimate goal is to disseminate information to consumers.  With a focus on both types of media, there is a greater chance of reaching your target audience. There’s a common theme here: the more the merrier!

Here at Meridian Group  we have both sides covered. “Teamwork makes the dream work” as some would say.  Our team understands the importance of print, digital, and television campaigns to get the most information to your audience.  We have the same goal in mind as we work to deliver effective strategies to grow your business, meet your objectives, and build your revenue.

This post was written by Alexis Greene, public relations intern.