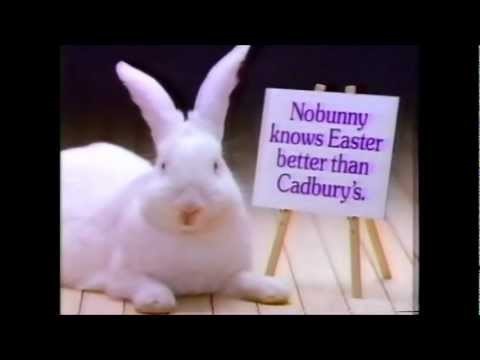 I have a confession. I am an absolute sucker for animals in advertising. I love Cadbury eggs, not for their chocolate, but because they sell it to me with a ridiculously adorable bunny. My toilet paper of choice? Cottonelle, because a Labrador retriever puppy stares eagerly from the package. 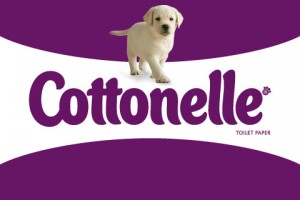 Present me with a critter and I want to pet it, love it, squeeze it, and never let it go! More importantly for the advertiser, you’ll have my absolute undivided attention and willingness to connect with your product. And I’m not alone. In their 2012 Pet Ownership and Demographics Sourcebook, the American Veterinary Medical Association found that there were 70 million pet dogs and 74.1 million pet cats in the U.S. alone. That’s more than 30 percent of households in the U.S. even before you take into account other pet species such as fish, hamsters, lizards, and birds. It’s this love for our pets that make them natural spokespersons. 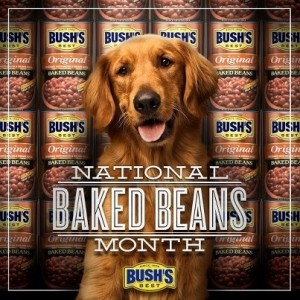 Take for example, Bush’s Baked Beans and Duke. The company credits the rascally golden retriever, introduced in 1996, for the spike in popularity of their brand. At first it seemed like a silly idea to include the talking dog with a penchant for spilling the details of a secret family recipe, but he quickly became a household name. More than twenty years later, Duke continues to star in Bush’s commercials and has become an iconic part of American pop culture. What is the secret to Duke’s success? It’s the way he quirkily reminds us that our pets may be quiet observers, but they are the keeper of our closest secrets. It’s probably a good idea to continue buying their silence with treats and toys. 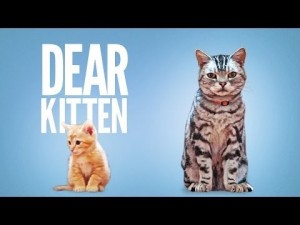 Or consider the “Dear Kitten” ads from Friskies. The internet is obsessed with cat videos. OBSESSED. Recognizing this, Friskies created the original “Dear Kitten” spot which appeared as an ad before videos on YouTube. The spot became so popular that an entire series has followed, each more delightful than the last. The voice actor perfectly captures a cat’s air of superiority over his people and the young kitten. He offers advice with the kind of smug self-satisfaction that could only come from a cat. The winning technique for the ads is in allowing the viewer to become engrossed in the “Dear Kitten” narrative, only spotlighting the product at the end of the ad.

Animals are not just effective advertisers because they make us laugh; they’re effective because they elicit an emotional reaction without having to communicate through anything more than a look.

As part of its “Global Be(er) Responsible” day to promote awareness against drunk driving, Budweiser released an ad titled “Friends are Waiting.” This shameless guilt trip chronicles the relationship between a man and his dog, from puppy to adulthood. It is instantly heartwarming, and invokes all the familiar “aww” moments. Towards the end of the ad, the owner leaves for a party while his four legged friend waits at home. The viewer begins to feel uneasy as night falls and it becomes clear to the dog that “Dad” has been gone longer than he should have. The screen fades to black with the text, “For some the waiting never ends,” which certainly sent THIS viewer into a tailspin of depression. Happily, the text quickly follows with “But we can change that,” and the two companions are reunited while the owner explains that he stayed at his friends to avoid driving drunk. The ad’s final statement, “Make a plan to make it home, your friends are counting on you,” is delivered against a track of happy puppy squeals. Pet owners everywhere will not only think twice before getting behind the wheel while intoxicated, they may never leave their furry friends ever again!

Animal welfare organizations often use this type of emotional manipulation to generate support and donations. These ads certainly garner sympathy, but they also suggest a sense of hopelessness regarding the extent of human cruelty. Cara Welfare Philippines, however, took a much more uplifting approach. Their print ads “Same Pet, Different Owner” feature a before and after shot of an animal adopted from their shelter. The photo to the left shows the animal we expect to see in these types of ads; skinny, dirty, injured, and frightened. But the photo on the right shows the same animal in a better state; well fed, clean, healthy, with a bright and happy expression. The caption below these images reads “Same Pet, Different Owner.” What makes this ad more effective than the television ads we are used to? It’s a complete story that shows not only the capabilities of the organization to respond to animals in need, but the ultimately to powerful result of human compassion. Rather than leave the viewer drowning in images of cruelty, the Cara Welfare ads invoke hope and sense that something can be done. 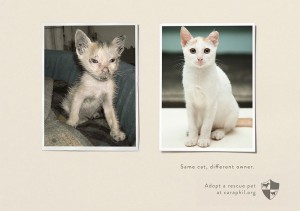 Ads which use animals are instantly memorable. They command audience attention, often with minimal references to the product or company being promoted. They transition easily from a salesperson selling wares, to an ambassador creating a positive brand image. Whether they make us laugh out loud, or tug at our heart strings, animals can be an effective way to boost revenue and establish long-term customer relationships.

Looking for ways to make your brand memorable? Contact us at Meridian Group! We’re advertising pros, ready to promote your brand through print and digital media. Our experts will guide you through the advertising process from start to finish, and craft an ad which skillfully communicates your message to your audience.