Why I Decided to Intern with Meridian Group 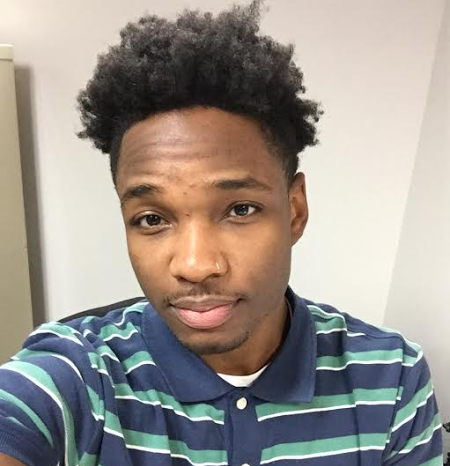 Why I Decided to Intern with Meridian Group

Meridian Group is a public relations, advertising and digital marketing firm that has developed a very good reputation for itself over the years. Working with clients such as STIHL Inc. and Disney Imagineering has gained the company a worldwide reputation. When I tell people at school that I accepted an internship with Meridian Group, I receive comments like, “Wow, you’ve hit the big time” or “That’s the top marketing firm in Hampton Roads.” The fact that Meridian Group is recognized by everyday people certainly increased my excitement about interning at the agency. But what was it that initially drove me to accept the internship?

The first semester of my senior year of college was coming to a close and I hadn’t accepted an internship for the spring semester. I needed the internship because I was enrolled in the pre-internship course for the fall and the internship would account for all 16 of my credit hours for the spring. I had several offers from production companies and real estate powerhouses, but I did not think I would be satisfied working for those companies. I decided to take one last chance and find a company through Google instead of through a mutual contact.

I took to Google and searched “marketing firms in Virginia Beach.” The first company I selected was Meridian Group. I went through the website thoroughly making sure that it was a company that met all of my needs. I learned about Meridian Group’s clients, the mission and all the current employees. After perusing the website for a while, I decided that this company would be perfect. I went through the list of employees and ultimately decided to email Joe Takach, the founder and CEO. I wrote and rewrote my email several times before deciding it was good enough to send to Joe.

I sent the email asking to conduct an informational interview with Joe to receive some guidance and insight into the marketing industry. I waited a few minutes but received no response. An hour passed and I had to head to track practice, but still I received no response from Joe. At the end of my practice, I checked my email and saw a notification from Gmail and the sender was Joe Takach. I was very excited and I could not wait to meet with him.

When I arrived at the agency, I was informed that Joe was running late because he was out buying quiche for the office. This slightly increased my interest in the company. When Joe arrived, the first thing we did was take a tour of the facility. As we walked around the offices, Joe introduced me to everyone and I noticed instantly how welcoming they were. When Joe introduced me to Sarah Taylor, a public relations specialist, I mentioned that I was actually in search of an internship for the spring. When I mentioned my need for an internship, Joe sort of shrugged it off, responding to it, but not so much in the manner I had hoped.

After the tour, Joe and I went back to his office for the interview. The first thing I did was tell Joe about myself; where I came from, what I am doing and what I ultimately want to do. Joe began with some small pieces of advice that he felt I should know before anything else. The first piece of advice Joe offered me was “if you don’t love it, then don’t do it.” Joe offered this to make sure that I was certain of my desired career path. We continued to talk and the interview ended up being more of a conversation between two men. Joe began offering me books and eventually an internship position shadowing him. I was ecstatic and began to be very inspired by Joe’s words and love for his people. During several parts of the interview, Joe became teary eyed when talking about how much he loves to take care of the people who work for him. Above anything else, Joe’s love for his people influenced me to intern for Meridian Group.

The meeting ended and I had made up my mind on where I was going to intern in the spring. I decided that I wanted to be a part of the Meridian Group family. The guidance that Joe has offered me, along with his love for people, is exactly what I needed to take my next steps into the professional world. Receiving one-on-one guidance from someone who has done a lot of the things that I hope to one day accomplish is the best way to for me to get to where I want to be in life. That is why I chose to intern with Meridian Group, and it feels as if it is one of the best choices I have ever made.